Autumn 2017 scholar Kathleen Larkin reflects on her experiences studying with Hansard Society Scholars and training with the RAF in the UK.

“How was London?” “How was school?” “Did you drink tea?” “Did you see the Queen?” “How about Benedict Cumberbatch?” “Where’s your accent?” And so on, and so forth.

These were a sample of the questions I got thrown at me on my first day back on base after taking my military leave to participate in the Hansard Scholars Programme. I brought a bag full of tea bags and shortbread cookies as souvenirs to share with the other airmen in my squadron but seeing the group of uniformed personnel snacking on my British gifts was a jarring clash between two dramatically different spheres of my world.

In my academic life, I am a senior political science major at Marist College who went abroad to London for my fall semester.

In my personal life, I am enlisted in the U.S. Air Force.

At the end of the day, when I packed up the leftover snacks and started marching away from my unit, the commander stopped me and asked the most significant question of the day: “Did you like England enough to want to go back?” Of course, I told him without hesitation. Who wouldn’t?

“Good, because you will be this summer. You’re on the list for a U.K. training assignment with the RAF. Formal orders will be issued to you soon enough.”

It was the best thing he could have said to me and six months later, I sat strapped to the back of a C-130 bound for RAF Mildenhall, still dumbfounded by my luck.

Less than a year ago, I had been in London to participate in the Hansard Programme and was now back under dramatically different circumstances. Interning in Parliament for the semester and training with the Royal Air Force were both fascinating experiences to widen my understanding of how British systems operate.

My Hansard placement was with Baroness Brinton, President of the Liberal Democrats and a peer member of the House of Lords. Working for her introduced me to the completely foreign world of parliamentary procedure, chamber questions, and party conferences. I wrote speeches to be delivered in the Lords’ Chamber, researched party platforms for meetings and presentations, and organized the Baroness' schedule of engagements.

England has become a beloved and familiar second home...

My assignment to RAF Mildenhall, while largely spent with other American military members, allowed me to observe some of the most notable differences between our customs and courtesies and those of the British Armed Forces. My American rank of Airman First Class (A1C) is equivalent to a Lance Corporal (LCpl) in the Royal Air Force. The RAF members salute with their palms facing upward and away from their faces while the U.S. salute is flat with the pointer finger touching the right temple and palm parallel to the ground. While these differences were noticeable in our formation, the differences between our military and theirs were remarkably minor. All of us chose to wear our nation’s uniform. All of us chose to march and PT. There’s something unifying about the military experience, even if it is not within the same military.

This entire year has given me a newfound appreciation for the United Kingdom because I was able to engage first-hand with its institutions. I witnessed their nation and culture first-hand, a proximity not often afforded to non-citizens. Studying abroad in England was a choice and being stationed there for an assignment was pure luck but whether picked with purpose or serendipitously gifted the opportunity, England has become a beloved and familiar second home: a second home I hope to revisit again very soon. Hopefully next time it will be by invitation from the Queen.

Kathleen studied abroad with Hansard Society Scholars during the Autumn 2017 term before returning to Marist College to complete her degree in Political Science and International Relations. She is currently in her final year and is enlisted as an Airman First Class with the United States Air Force. 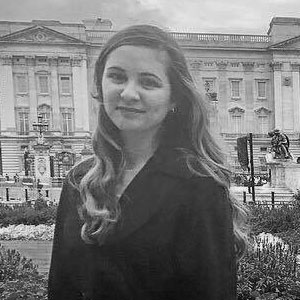 Would an independent London make sense in a post-Brexit world?