London serves as the political and financial capital of the United Kingdom, not to mention its historical and cultural heart, designating it important and powerful both on the national and international level. Accordingly, London’s somewhat devolved status reflects the responsibility introduced by its pre-eminence. Since 2000, following the 1998 Greater London Authority referendum held in London, this region has held the unique position of being governed by the Mayor of London, currently Sadiq Khan, who directs both Greater London and the City of London and is supported by his Mayoral Cabinet and scrutinised by the London Assembly, reflecting the structure of the UK government. (1)

Yet, devolution of powers to the Greater London Authority must continue, as London’s 2016 income-based Gross Value Added (GVA) of £395.857 billion suggests greater mayoral control over taxation and thus spending would be economically beneficial and therefore desirable for the city. For context, this number is larger than the GVAs of Scotland, Wales, and Northern Ireland combined, and it made up 22.65% of the entire UK’s 2016 GVA (2), a disproportionately large percentage since London’s population is only about an eighth of the whole UK’s. (3) Moreover, this figure is at least ten times higher than the 2016 GDPs of eight of the European Union’s 28 countries (4), a significant enough differential to more than account for any tax-based disparities between GVA and GDP measures.

Further, London’s demographics are markedly distinct from the rest of the UK’s. In 2011, 86% of England and Wales but only 59.8% of London identified as White (5), and in 2017, 50% of London’s but only 42% of the UK’s working age population had a level of higher education above A level standard. (6) These and similar statistics help explain why 59.9% of London voted Remain (7) while 51.9% of the UK voted Leave (8) in the EU Referendum, and they classify London as closer to the European and international community than the British one.

...an independent London would be able to prioritize itself.

In addition to the economic viability and demographic evidence in favour of greater autonomy, a poll taken after the Brexit referendum found that almost one in nine Londoners wanted the city to become a separate country and 23% desired a more devolved legislature similar to that of Scotland. (9) Also, journalist James O’Malley started an online petition in response to the Brexit vote asking Mayor Khan to ‘declare London independent from the UK and apply to join the EU’. (10) A considerable 180,972 Londoners signed on. (11)

With sufficient support, a ‘Londependence’ could follow the path of Singapore, a fellow global financial centre that found itself increasingly disconnected from its larger nation, Malaysia. (12) Notably, Singapore was only able to achieve its position of international economic relevance after becoming independent (13), and while London has already achieved this feat, an independent London, like Singapore, would be better able to manage its own economy in an optimal manner without having to comply with British law or support the rest of the UK.

Essentially, an independent London would be able to prioritize itself, and the accompanying economic autonomy would grant London the ability to fully express its unique political and cultural identity and make the city the strongest and most prosperous it can be.

Apurv studied abroad with Hansard Society Scholars during the Summer 2018 term before returning to Washington University in St. Louis where he studies Political Science and Computer Science. 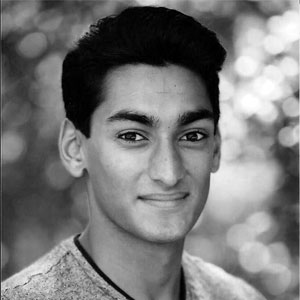 Britons are facing the decision of a generation. This could be one of the most exciting summers in modern British political history.

Reflections on the Autumn 2017 Scholars’ study visit to Edinburgh