A few months before leaving for London, I woke up to the news that the result of the EU referendum was to leave the European Union. This unexpected outcome came as a surprise to all of us, and as I prepared to come to London for this new experience little did I know that I would be able to witness the development of this vote from up close as well as experience its effect on the country I would be living in.

My experience through the Hansard Society Scholars Programme was even more interesting as I got the opportunity to work for a Conservative MP who was in favour of the outcome of the vote. After a Brexit campaign filled with many arguments and often misconstrued points, I was lucky to be able to understand the various areas that led my MP to support exiting the European Union.

More so, through my internship I was able to gain a deeper understanding of the different areas this vote would have an effect on. Things that are often not talked about such as the impact of Brexit on fisheries, transport, agriculture and the environment will be influenced by the negotiations to leave the European Union. This insight allowed me to broaden the scope of what the vote meant and the way it would change the UK.

During my time in London, I was able to see the events develop from Theresa May´s start as Prime Minister, to the High Court hearing and appeal. Ultimately what was extremely interesting for me was the degree to which a single individual can have an important impact on the country they are working for and ultimately impact the entire geopolitical landscape we live in.

As a political science student, I have always looked at my future career as a means by which to leave the world we live in a little better than how we found it. As a young girl growing up in Mexico City, I realized that I did not want to be a bystander to the problems that the country was facing, but I wanted to be part of the solution. Whether or not political science is the best way of achieving this is a point to discuss at some other time, but I believe that it is regular people who assume the responsibility to govern that influence the day to day lives of the people they are governing. This internship as well as the political events that have taken place in the past few months such as the Brexit vote and the US presidential elections have confirmed that although we often think about government as this supranational bureaucratic organization, individuals can have a big effect on the way they operate.

Even so this realization has also made think about the type of impact I want to have on the world and whether government is the place to do so. This is why through the work experience program at Northeastern University, I have applied and been accepted to work for the NATO Defense College in Rome. Through this experience I will be able to interact with international diplomats and military officials who work together through NATO. This will be a great opportunity for me to continue to experience and learn from the system we live in and to better understand where my place in this system is, in order to become the changemaker I want to be.

A year ago, I would have never imagined to be where I am today ready to embark on a new experience at an International Governmental Organization after having worked for three different areas of government in three different countries (Mexico, the US and the UK). This particular experience with the Hansard Society has allowed me to explore the meaning of democracy through the lens of one of the oldest parliamentary democracies in the world. It has been very interesting to learn about its constant evolution and transformation and the quirky traditions that have come as a result of such a system. By being able to compare and contrast these three different governments I have been able to think about what systems yields the better results.

The Hansard Society Scholars programme as well as Northeastern University have enabled me to take my academic studies to a new level by being able to apply what we learn in class to real life. This not only enriches our college experience, but it allows us to begin to understand our place in the world in order to achieve our goals. Through this unique programme at Hansard, I was able to immerse myself in the British political scene and understand British politics from within. I learned a lot about British democracy and the parliamentary system. Furthermore, the skills I have gained will help me in future opportunities such as NATO.

Looking back at this past semester I am so grateful to have been living and working in such a vibrant city and to have been surrounded by a wonderful cohort of fellow students who are not only wonderful people and great friends, but each brought their own unique perspectives and experiences to the programme. The Hansard community that was created made this semester even more special by drawing on each others’ experiences. Although I am sad our time in London has come to an end, I look back on it, and will continue to do so, as a once in a lifetime opportunity. I am convinced that the moments we had and the things we learned will prove themselves to be valuable throughout our careers.

Danielle is a Political Science major at Northeastern University, and after completing the Hansard Society Scholars programme, was offered a work placement at the NATO Defense College in Rome. 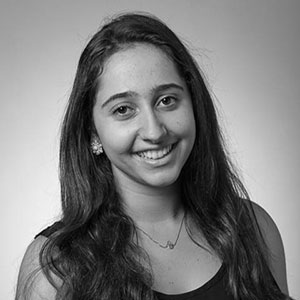