June 2016 will be one of the most fascinating months in recent British political history. On Thursday 23rd June, Britons will head to the polls to decide whether the nation should stay in or leave the European Union.

While opinion polls are viewed with a degree of suspicion in the UK after they failed to predict the result of last year’s general election, the most recent polling data suggests the referendum could be extremely close. The issues at stake in this referendum, which the Prime Minister David Cameron has described as a ‘once in a generation’ decision, are of huge importance. Europe and the rest of the world will be watching this historic process with great interest.

This is not the only major political event that our programme will be following this coming summer. Students will arrive in London just a few weeks after 5 May, when Britons will vote for their local authorities (including, Londoners who will elect their Mayor). On the same day Scottish Parliament and Welsh Assembly elections will also be held. Hence the timing for a political study abroad programme couldn’t be better.

Major political developments are not merely touched upon in the Hansard Society’s Scholars programme. They shape its context and subsequently our scholars’ experience. Through their studies and placements in the heart of the British political establishment, participants on our Summer programme will have the once-in-a-lifetime opportunity to get directly involved in democratic developments that will involve millions of people in the UK and affect the lives of many more around Europe.

In the first week of June, just a few weeks after Scotland’s general election, the first to be held in the country after the historic Scottish Independence Referendum in 2014, we will be visiting Edinburgh. We will hold meetings with Scottish commentators, lawyers, senior civil servants at the Scottish Executive, officials at the EU’s Scottish office, and MSPs of various political persuasions. It will be a unique opportunity to analyse the country’s experience of holding two historic referendums within two years, as well as the impact of the recent election on UK’s political landscape.

Following their study visit in Scotland, Scholars will return to London as their classes at the LSE will be getting under way. This part of the programme will provide an overview of the British political system and allow engagement with current issues in British politics. Journalists, policy analysts and leaders of local authorities will share their knowledge and expertise through our guest lectures programme. Scholars will also have the opportunity to combine these classroom based discussions with the more practical experience of their internships. They will see theoretical topics in action as they will be writing policy briefs, attending committee meetings and doing constituency work. This is hands-on-experience of day-to-day politics during an exceptionally heated political period.

This summer’s local elections and the EU referendum will create a fascinating setting for our programme, not least because it will offer a striking demonstration of how the line between domestic and international events is becoming ever more blurred. Clearly this goes to the heart of what our programme aims to achieve: to provide political knowledge and deepen our scholars’ understanding of British Politics in an increasingly competitive and globalized world. By exposing our scholars to the historic challenges facing democratic institutions and decision-makers, we facilitate their effort to broaden their horizons and prepare for substantive research as they progress in their studies.

Thimios joined the Hansard Society in 2013 as a member of the research team and took over management of the Scholars Programme in August 2014. He has worked in the UK, Greek and European Parliaments and has considerable experience as a publisher of a historical local newspaper in Greece. He graduated with a BA in History and Politics from Panteion University in Greece and an MA in Politics from Westminster University. 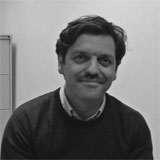 One scholar finds home in the air with the U.S. Air Force and the U.K. RAF.

Would an independent London make sense in a post-Brexit world?