As the Scholars team prepares for the arrival of the Autumn 2018 scholars, our Assistant Programme Director reflects on why you should study abroad with Hansard Society Scholars in the Autumn term.

Having grown up in New England in the United States I was spoiled for the quintessential “fall experience”, including beautifully coloured trees, apple picking, and hot mulled cider (non-alcoholic). So why, then, am I so sure that the Autumn Semester is the best time to join Hansard Society Scholars in London? Here are eight reasons:

I have now lived in London for over 5 years, and while each season has its pros and cons, I truly believe the autumn term is the best time to be in London! In addition to the typical “fall” activities, you also get the benefit of a taste of British summer time and the festivity of holiday decorations.

Applications are now open to join the Autumn 2019 programme (as well as the Spring and Summer of 2019)! Check our dates and fees page for programme dates and application deadlines.

A native of Connecticut, Erin is a graduate of the University of North Carolina at Chapel Hill. She has a wealth of experience in performing arts and museum management but joined the Hansard Society in 2017 most directly from the University of North Carolina Honours Programme in London where she was the Programme Manager for four years. In addition to the myriad of skills and experience she brings to this role, Erin has a highly infectious enthusiasm for Britain and London and works to ensure that every Hansard Scholar makes the most of their own personal study abroad journey. 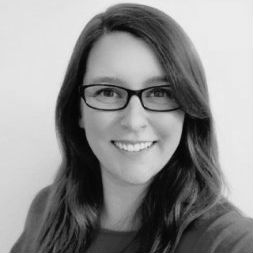 Regular feeder institutions will be kept informed of these changes and details will be announced on the Hansard Society’s website later this year: www.hansardsociety.org.uk.

If you are a former Scholar and need a copy of your Hansard Society transcript, please email: contact@hansardsociety.org.uk.