When I tell people back home in Texas that I worked in the UK Parliament for Plaid Cymru, the Party of Wales, they respond with blank faces. "Wales? Is that in England?" they say, allowing me to launch into an absurdly impassioned speech about the glories of this small, poetic nation that has fought to maintain its language and identity for hundreds of years in the face of English tyranny.

A year ago, though, I would have been as confused as everyone else. When I received my internship placement from the Hansard Society Scholars programme, the first thing I did was Google “Wales.” Is it a country? A region? And what exactly is “Plad Kimroo” anyway? When I realized on my first day of work that everyone in my office spoke Welsh fluently and often, my stomach dropped even more – I was in way over my head.

I fell in love with Wales

But here’s the thing: there is no point studying abroad if you’re not ready to embrace the unknown. So I embraced Wales wholeheartedly, doing as much research as I could, asking my co-workers plenty of questions, and taking every opportunity I could to visit different parts of the nation. And that’s how I fell in love with Wales.

Through the Hansard study visit to Cardiff, I saw Wales’s oppressed history in Cardiff Castle and its bright future in the Senedd. After the Plaid conference in Caernarfon, I ate Welsh rarebit stew and learned about hiraeth, a yearning for a long-lost home.

While campaigning in Ceredigion, I met not only my first sheep, but also my first American-turned-Welshman who had grown similarly attached to Wales on her own study abroad program. And in London, I watched my first Welsh rugby match while drinking a pint of Brains and screaming “Come on, Wales!” with a crowd of homesick Welshmen.

One of the most awe-inspiring places in the world

Through Hansard Society Scholars, I had the opportunity to not only intern in Parliament, one of the most awe-inspiring places in the world, but also to engage in a nation and culture I would otherwise likely never have discovered. The impact is lasting, too; after completing my senior year at Rice University, I plan to return to the UK for graduate work on the Welsh education system, a subject I became interested in after talking to my co-workers about their own schooling.

I needed to get thrown into the deep end on my study abroad, to get jolted out of my comfort zone and forced to choose between complacency and adventure. I chose the latter, threw myself into the experience, and never looked back.

So diolch, Hansard, for introducing me to Wales. I think we will be very happy together.

After studying on the Hansard Society Scholars programme, Melanie interned at the U.S. Department of Education in the Office of Planning, Evaluation and Policy Development before returning to Houston, Texas for her final year at Rice University. 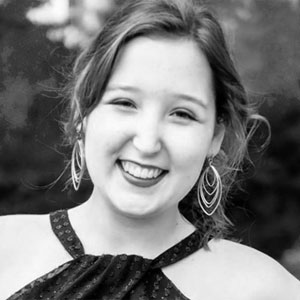